With great sadness we bring news of the passing of Dai on December 3rd 2020. He was the patriarch of the Edwards family, and also the Dyfri Limousin Herd.  At 89 years old, he had lived a wonderful life in the part of Wales that was so dear to him.  A charismatic man who wore his Welshness as a badge of honour, he was very much a man of, and for his community.

He was born in Glangwenlais, Cilycwm, before he and his family moved next door to Home Farm, and where, from 1939, he remained for the rest of his life, spending the last decade at the Lodge.

Beyond his obvious passion for his family and community, another passion which he shared with, Joan, his wife of 62 years, was cattle.  In the early sixties, as they found their feet as a new farming partnership, a Pedigree Hereford herd was formed, which then became the family’s passion as the three young sons became involved in shows and sales.

Unfortunately, the fortunes of the Hereford breed declined during the late seventies, resulting in a large portion of the herd being crossed with bulls of the new, exciting Continental breeds.  But this, coupled with the arrival of Aled to join the farming business, awoke Dai’s interest in Limousin Cattle, which was to dominate the remainder of his farming life.

The first Limousin Bull was bought by Dai and Joan at Carlisle Market in 1982.  The French bred Ramadan worked commercially for the first two seasons until he was joined by some pedigree females in 1984.  Pedigree breeding is always a combination of luck and judgement, and the successful cow families of today’s Dyfri Herd derive from a handful of cows bought in the 1980’s, primarily the purchase of the entire Derri Herd, together with some of the best from Tanhill, Oakley and Uplands.

Dai and Joan’s influence and interest continued to the present day, but Dai’s masterstroke was the young bull that he spotted in France in 1997.  He came home from Paris Show buzzing with excitement at what he’d seen, and the relentless pursuit of that bull resulted in the arrival of the legendary Jockey!

Jockey was the bull that the Dyfri Herd had been waiting for, and the following decade saw his sons joining some of the top Limousin herds in the country, semen exported all over the world, and Jockey daughters continuing to breed well to this day.  These achievements gave Dai great pleasure, and with some pride the baton has been passed on to the next generation.

From the early years, Dai became involved in promoting the Limousin breed locally, through the South Wales & Mid West Limousin club of which he was Chairman, and in time, elected to serve on the Council of the British Limousin Cattle Society.  After holding many offices, he became Chairman of the Society in 1995 serving for three years, and also became Vice-President of the Eurolim Federation of Limousin Societies.

The Royal Welsh Show was an annual pilgrimage, with the herd competing almost every year.  Dai was honoured to have judged Limousins at both the Royal Show and the Royal Highland, as well as the ultimate honour of the Interbreed Championship at the Royal Welsh.

For a man who had never flown until he was in his sixties, he soon became a globetrotter, promoting the British Limousin, often with Joan at his side, at home and abroad.  He also became great friends with many French breeders, aided somewhat by the mutual love of the game of Rugby.

His altruism wasn’t restricted to the Limousin breed.  He was a community Councillor for over 40 years, Chairman of the Mynydd Mallaen Graziers Association for 40 years, which he led to a pioneering environmental scheme, that became the template of the present day Glastir Common Land Scheme.

Dai was an Elder at Tynewydd Chapel for over 50 years, where he will be laid to rest at his private family funeral on Saturday 12th December 2020.  He leaves his beloved wife, Joan, together with three sons, Siôn – a GP in Cardiff, Aled and Eleri at Home Farm, and Eirian and Nicola – GT & E Feed Merchants in Llandovery. Also, the grandchildren Tomos and Rowena, William, Rachel and Alice.

He was a towering presence in his community, with a dry sense of humour and a wonderful turn of phrase in both English and Welsh.  He was a gentle giant of great physical strength and character, and will be greatly missed by the family, friends and neighbours.

A great day at Carlisle where this Fenomen son sold to the Montgomery Herd of Messrs Jones.  Winning his class in the pre-sale Show, he caught the eye of many breeders.  His Beef Value was the highest in the catalogue at LM67.  His dam, Dyfri Lleucu, from our Vagabonde Cow family is fast establishing herself as our top young cow, Nomad being her first calf.  His full brother, Patriot is already looking the part as is their embryo full sister, Nofel, who will soon be bulled to the mighty HiroHito.

One of the first Fenomen sons has been sold privately in a significant deal to the Badgermoor Herd of R Swindell & Sons Ltd of Hognaston, Ashbourne, Derbyshire.

Out of the Wilodge Cerberus daughter, Dyfri Ibiza, this heifer’s calf boasts a huge Beef Value of LM64 and an equally impressive Calving Value of LM3C

Jointly owned with the Scorboro Herd of Messrs JCB Bloom

The Sensational New Bloodline for the Limousin Breed

2 copies of the F94L myostatin gene

Ideal mating on the popular bloodlines of today

Exceptional French Figures but even better in the flesh

Sons have sold continuously well at auction and privately to 14,000gns 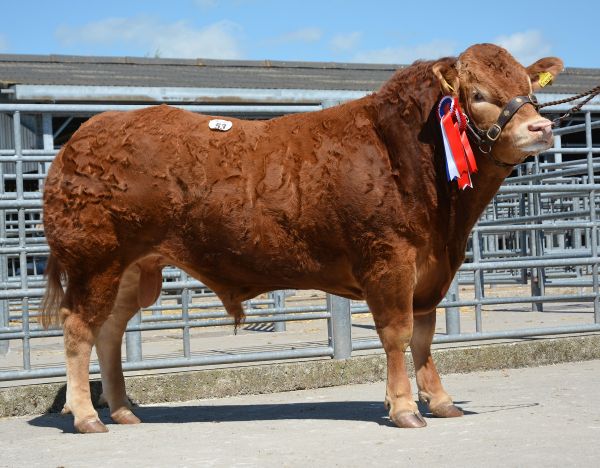 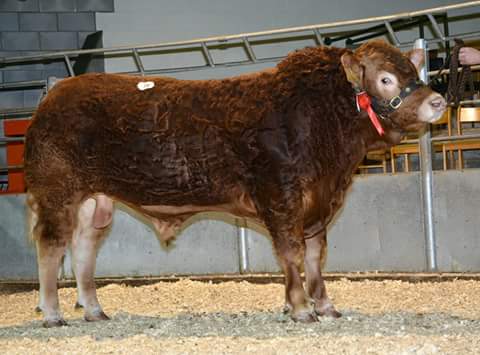 Sold for the Top Price of 6,000gns to Haskell Farms.

He will go to work on their Stokeford herd of pedigree and commercial cattle at Wareham in Dorset.

A Plumtree Deus son of Afallon, a Jockey daughter. Great figures for growth, muscle, scrotal and docility, and a better than average calving value. A big favourite here, bred in the purple patch, and looks to match. 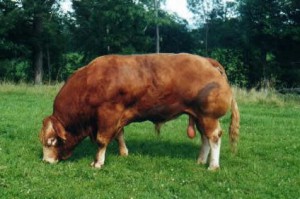 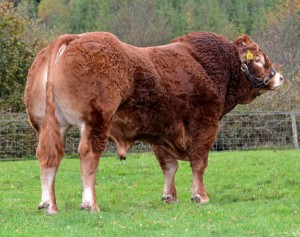 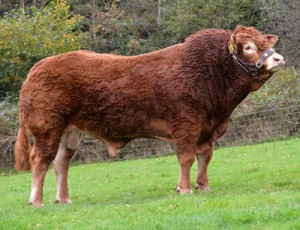